› Без категории › Why Bitcoin Is Growing?

Why Bitcoin Is Growing?

Greetings, dear readers of my blog.

Lately around Bitcoin there is a large boom associated with the forecasting of its course and also about the advisability of such investment.

In this small article, I decided to share my opinion about these events and to shed light on the main question: "Why Bitcoin Is Growing"?

There is a universal agreement among analysts that the cryptocurrency will grow in price. Directors and venture capitalists abroad are even predicting the bitcoin’s current position to double. The forecasts are generally optimistic. However, these are not just words, as the forecasts are based on data provided by prominent analysts all over the world.

For example, Elizabeth McCauley, Head of Coinsecure, India’s bitcoin exchange, said that bitcoins are sold at growing platforms. Based on her country’s experience, where the government allows citizens to purchase other currencies, she argues that many players in the market are sure to notice the bitcoin blockchain. McCauley predicts the cryptocurrency to reach and exceed $1000 in 2017. 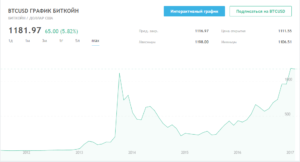 On the other hand, the digital currency reacted immediately to the recent developments in the world: the Brexit, inflation, Chinese yuan devaluation, Trump’s presidency, etc. Besides, Bitcoin markets are open 24 hours a day. The Needham forecast is as follows:

Michael A. Robinson, Director for Technology and Venture Capital, believes that the rise of bitcoin is hardly the most important. He highlights the fact that the digital currency is spreading among the general public. The analyst is predicting more large companies, both in the U.S. and in other countries, to make bitcoin transactions this year.

In fact, the currency is growing gradually, not without certain leaps at global exchanges. At the Chinese exchanges Okcoin, BtcChina, and Huobi, the cryptocurrency is nearing $1000, while European exchanges are reacting with a slight lag. It would not be without use to dwell a little on our Chinese brothers.

As the Chinese yuan is losing value, it was decided to curb the anticipated capital flight. With this in mind, Chinese authorities introduced more stringent capital control mechanisms. Of course, this only benefited bitcoin users. In early autumn, experts began to talk about buying the cryptocurrency, as China’s currency would lose value soon. Although few followed the advice, the forecast has been true, as we can see.

In the beginning of November, there was a sharp fall of the bitcoin, followed by explosive growth. There are multiple reasons for this, apart from the technical analysis of the growth curves. One of the most important is the market sentiment estimate. Users’ optimistic attitude is gaining strength. According to John Templeton, it is the best time to sell bitcoins.

The cryptocurrency is extremely sensitive to political turmoil. As noted above, there was a strong reaction to the Greek crisis in summer, because the bitcoin became an alternative for an entire nation. As to the Chinese, they may suddenly buy large amounts of the cryptocurrency, boosting its value dramatically.

Bitcoin’s dynamic rise has been caused by China’s economy, because it is at Chinese stock exchanges that global rates are exceeded, by $10-15 at some, while at others the difference may reach $50, as at the well-known Btc.

Today, one can only wonder at the words of OKCoin’s Jack Liu, who said that 30 October was the busiest day of the year. He also stressed that most players in the exchange were looking for at least equally profitable investment options, not feeling very confident about the stock market. Taking into account the gigantic upward movement of the cryptocurrency caused by temporary changes, we could expect a few more days like this for many analysts and directors.

The European Union also contributed much to the situation. According to the European Court decision, transactions in the bitcoin currency are not subject to tax any more. According to the EU, cryptocurrencies should be regarded as equal to traditional money. Since the court has ruled so, one can safely say that bitcoins have been made equal to paper money. And this is just another driver for the cryptocurrency’s future growth. 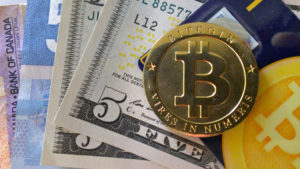 So, dear friends, of several blocks of code currency was born, which at this point in time, given the facts that I outlined above, is one of the most promising tools in the investment market.

In any case, you might consider a global trend of fluctuations in the Bitcoin exchange rate and make the appropriate conclusions.

Until next time, dear readers.